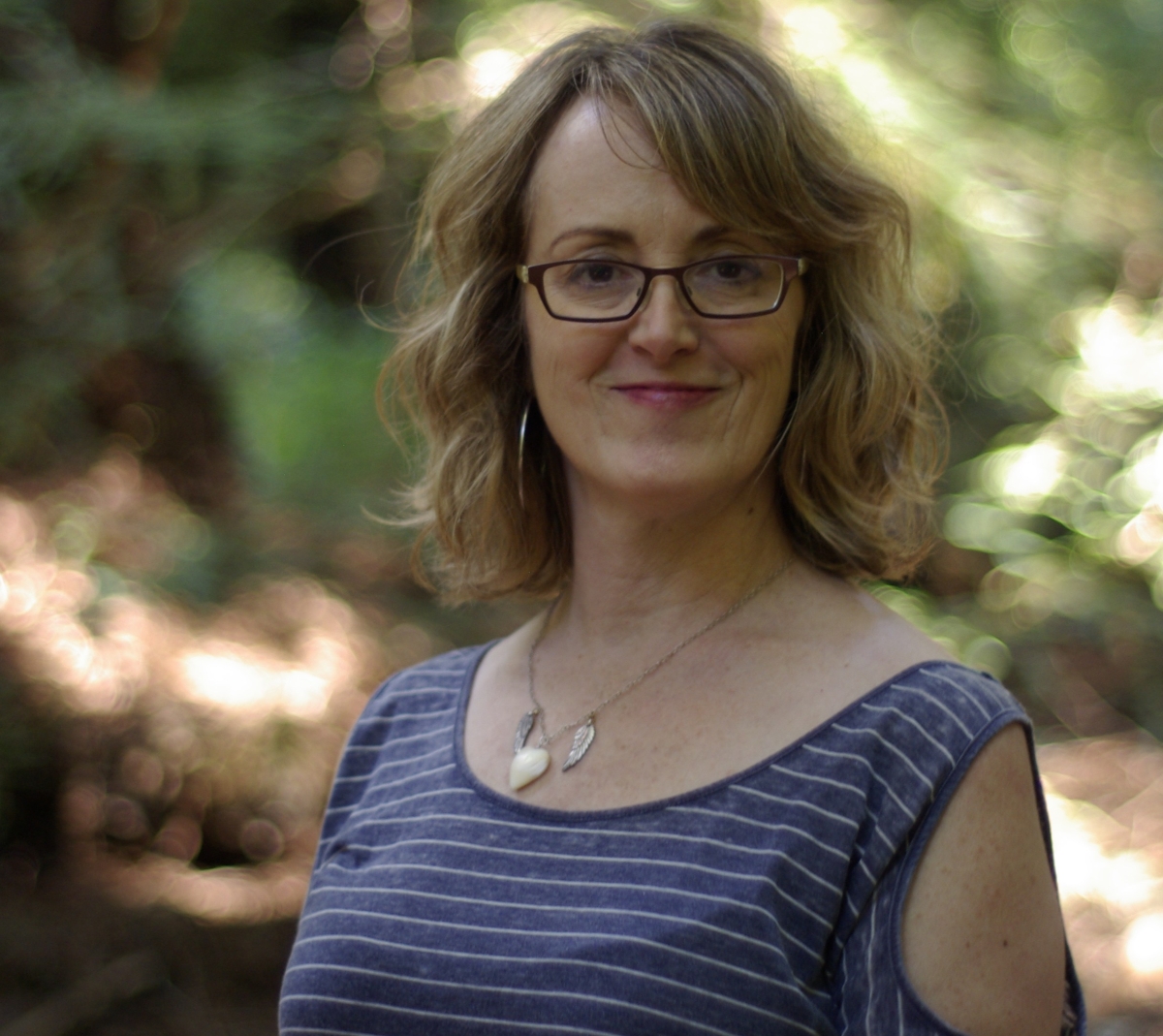 How I Got into Cannabis

I’m a meditation and yoga teacher who found my way to the medical cannabis industry via the holistic door. I’m also a writer, actor, and solo performer, and performed my most recent solo piece, “Call It Cannabis,” as part of Solocom, at the People’s Improv Theatre in New York City, in November, 2016.

How lucky was I to work at Harborside Oakland for five years, as a budtender, patient consultant, and meditation teacher?! I was surrounded by amazing, brilliant people, and learned SO much about the sacred plant there — how it grows, how it heals, how it protects. I also began the learning of a new, technical way of talking about cannabis — first of all, calling it cannabis (the name of my show and a point I expand on in my first blog here) and finding accessible ways to discuss phenomenal machinations of the Endocannabinoid System, (ECS) — which we’re still only really beginning to talk about.

When I first started at Harborside and began to understand the headspace cannabis would begin to take up, I set Google alerts (and I recommend everyone does) for cannabis-related articles — which would also pull  in the most recent research. Something relevant would show up in my email maybe every couple of days. Then it was daily. Then it was several per day, so I switched to the ‘digest’ option. It’s incredible how information is exploding out there — we’re learning things only to unlearn them with new discoveries a short time later. Cannabis scientists are thrilled to be riding the wave of discovery. There’s also misinformation, too. I always tell patients to check any information they find online, for multiple (and reputable) science-based sources that back it up. Ask lots of questions. Attend seminars. Join Facebook groups, and go to local cannabis meetings.

Working behind the bar showed me a community unlike anything I’d ever encountered. We — every one of us — were introduced to Everybody. Every. Single. Day — a great exercise for a contemplative practice of meeting life just as it is, and a great practice for a peaceful world, too. That’s the sense you get when you visit a dispensary where people are treated right and care about what they’re doing — that there is a possibility of getting it together in this ‘ol world. And that’s not just the THC talking. It’s also the CBD. And the THCa. And the CBN. I could go on. You get the picture. Cannabis is a connector. People talk to one another who might not cross paths anywhere else outside of the dispensary. It’s hard to hate up close.

There are many reasons that dispensaries all over the world model themselves after Harborside, and I’m proud and humbled to say that I worked side-by-side with many of them, even though I came late — starting in 2013. Rick Pfrommer (of Weed Wars Voodoo mask fame) interviewed and hired me. He’s an incredibly kind, smart, and seasoned activist. The place was brimming with brilliance and compassion, challenging me to constantly up my game.

Working with patients new to cannabis, at Harborside and since, helped inspire the creation of the Stash Card, an excellent tool to help anyone chart progress and effects — the goal being to dial in the best cannabis medicine. Download your complimentary complementary 🙂 card or share it with someone who’s thinking about trying cannabis or switching methods of delivery.

Inside the halls of Harborside, helmed by lifelong cannabis activist and general cool guy Steve DeAngelo, I fell in love daily with the cannabis plant, the mind-boggling potential of this healing medicine, the look of it, the smell of it, the feel of it, developing quite a discernment for a gal from St. Louis and weaned on what folks like to call “ditch weed.”

I’ve developed a deep appreciation for the love and care of California’s cannabis farmers, many of whom I’ve gotten to meet. The mystique of the Emerald Triangle is well founded, but there are amazing farmers all over this Gold Rush State. You can’t imagine the (mostly wonderful) bouquets of cannabis wafting through Harborside on the daily. And, back then (she wrote wistfully), we were legally and constantly — all day — opening jars and packages and stopping to smell the flowers. And letting patients smell them, too. Regulation has changed all that. Cannabis Terp Therapy is the absolute best. There’s nothing like it.

I first lead iRest as a sub for some of Harborside’s holistic practitioners, then began leading iRest® Yoga Nidra meditation for peer-led veterans’ cannabis support group Harborside Heroes — dropping in for the last half hour of the meeting to deliver a 20-minute practice. After he left Harborside, facilitator and former Marine Ryan Miller expanded his endeavor to become Operation EVAC (Educating Veterans About Cannabis). OpEVAC meets several days each month in dispensaries throughout the Bay Area. It was exciting to also lead iRest® with the Oakland chapter of Weed for Warriors and at the Inaugural session of (YAY!) Weed for Warriors/Women, on International Women’s Day, 2018. 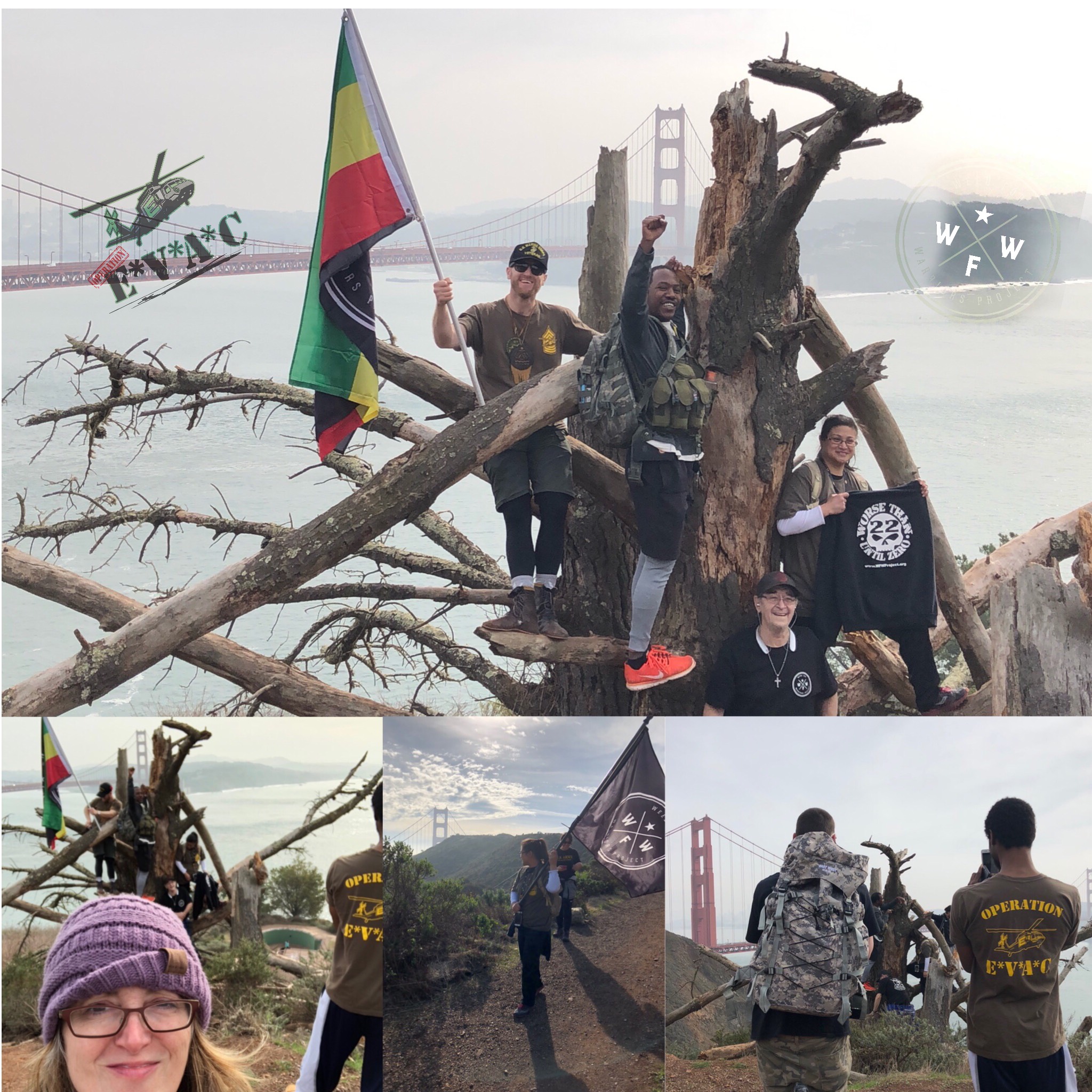 Other led cannabis & iRest® classes/workshops: as part of HelloMD‘s inaugural Mindful Haven SF event, as part of Magnolia‘s series on brain health with Barbara Blaser, RN, and for The Lounge offerings with regular “Microdosing & Mindfulness” and “Medicate & Meditate” classes at The Harvest Shops in San Francisco.

On Valentine’s Day, 2019, I was at the Green Flower Media studios in SoCalifornia to shoot an educational module for their new Academy offerings, designed to empower any patient-facing newbie  — from budtender to dispensary worker to medical professional — with a working knowledge of cannabis. The Patient Care Certificate program offers classes quarterly. Sign up for info!

In 2016, I traveled to New York City to perform at Solocom, a festival of new solo pieces. My show, “Call It Cannabis, (Tales of an Unlikely Budtender),” and a new song parody was born. “My Favorite Strains.” In April, 2019, I teamed up with LaOsa’s talented Claire Weissbluth to produce, shoot and edit a comedic educational video, based on the 2016 Solocom version, as a fun offering for 420 — my love letter to cannabis. It was eleven days from the first phone meeting with Claire to having a finished video, ready to roll out. Because Claire rocks hard. The credits in that video are real. The lovingkindness of my cannabis community astounds me, and I’m forever grateful, and it’s such fun to come back around to acting and writing with some cannabis sense.

Lots of projects in the hopper…

UPDATE: As of March, 2020, in response to the Coronovirus pandemic, I’ve joined OperationEVAC’s thrice-weekly sessions. The format of these sessions is an hour and a half — the first hour is guided discussion. I come in for the final half-hour do lead an iRest session, bathing your body in being. Great for your fried nervous system, great for insomia, anxiety, depression. Excellent for focus and presence. Established in Being, Act.

All are welcome to these sessions – military, ex-military and civilians. So jump in if you like. Sessions are Monday & Wednesday at 6:30pm PST, and Saturday at 10am PST. Join us if you need some connection. Here’s a visual, if you need one. Please share with anyone you think might benefit!